Balatonfüred and Tihany at Lake Balaton

Travel from Budapest to Balatonfüred and Tihany 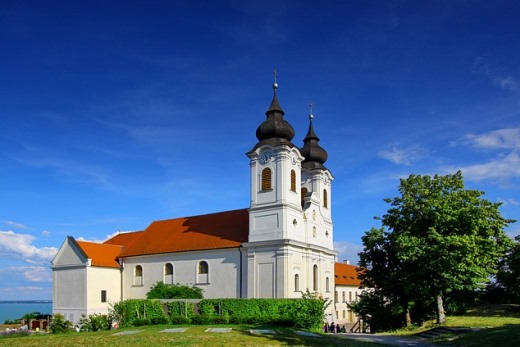 As you make your plans to see Budapest this season, consider seeing both Balatonfüred and Tihany, two amazing little towns near Lake Balaton in Hungary. They have plenty of natural beauties and a handful of activities you can do. If you wish to make a day trip, we can organize this for you. Our drivers can pick you up from your hotel, take you to both places in the same day, wait for you while you explore around and then take you back to your hotel. If you are staying in a hotel in Budapest, do note that it will take an approximate ride of hour and a half to these towns, so they are ideal for a day visit. Additionally, if you wish to stay there for a couple of days, you can get in touch with us and we’ll organize a suitable Budapest airport transfer to Tihany or Balatonfüred for you. All you need to do is to decide on your activities and send us an email. Our professional drivers will make sure that your wishes are met. And if you happen to be staying more than a day in the region, consider visiting thermal spa hotels in Hévíz, Hungary. This will be the perfect relaxing spot, if you wish to escape the urban jungle.

This place is a village (a small town) on the northern shore of Lake Balaton on the Tihany Peninsula (in the Veszprém County). The whole peninsula is a historical district. The center of the district is the Benedictine Tihany Abbey, which was founded in 1055 AD by András (Andrew) I, who is buried in the crypt. The founding charter of this abbey is the first extant record of Hungarian language, preserved in Pannonhalma Benedictine Archabbey. The church itself was rebuilt in baroque style in 1754. The still functioning abbey is a popular tourist attraction due to its historical and artistic significance. It also has the best view of Lake Balaton. The abbey also features as a footnote in Habsburg history - the last Habsburg Emperor of Austria, Charles I was briefly held prisoner here following his second attempt to regain the throne of Hungary.

Tihany is famous for the echo, existing since the 18th century. There were poems written for this echo, like by Mihály Csokonai Vitéz and Mihály Vörösmarty, but the most famous is by János Garay, summing up the legend of the place. The echo has since abated, due to changes in the landscape. The other part of the legend concerns with the "goats' nails", washed ashore from Balaton, which are in fact corners of prehistoric clams. According to the story, there was a princess with golden-haired goats, but she was too proud and hard of heart and was punished (cursed by the king of the lake) - her goats were lost in Balaton, only their nails remained, and she was obliged to answer to every passer-by. A stone, remembering the Shouting Girl, is still to be seen near the village.

On the shores of Lake Balaton stands the former summer residence of the Habsburg imperial family, which remained in the private ownership of the family until the end of the Second World War. It was since used as a hotel, but is now in private hands and not accessible to the public. Tihany is in Veszprem County and a day excursion is pretty much sufficient to see its beauties.

Located close to Tihany, Balatonfüred is a popular resort town in Veszprém County, in Hungary, with a population of 13,000 people, situated on the northern shore of Lake Balaton. It is considered to be the capital of the Northern lake shore and is a popular yachting destination. It is also a favorite location for fishing, carp being the most common catch, although the introduction of eels and other non-indigenous species has caused ecological damage in recent years.

Balatonfüred is not only the oldest resort on Lake Balaton’s northern shore, it’s also the most fashionable one. In former days the wealthy and famous built large villas on its tree-lined streets, and their architectural legacy can still be seen today. Sure, the place can get highly touristy, but it's an excellent place to base yourself on the lake, with endless lodging and dining options, and a superb tree-lined promenade along the shore where everyone goes for their pre- or post-dinner stroll.

The town also has the most stylish marina on the lake and is known for the thermal waters of its world-famous heart hospital. On top of it, there are three churches in town: a typical red-sandstone Catholic Church, a white Protestant church and a modern Evangelist church. A Pentecostal, American type of Christian denomination Faith Church is also active in the former Communist party headquarters. In winter, the lake may freeze over for a few weeks, making way for the skaters and ice boaters to take over.

Both Balatonfüred and Tihany are amazing and charming little towns you must consider seeing. They are open and welcoming to all of the visitors, offering excellent activities to make the most of your visit. Regardless if you are planning a day-tour or staying for a few days, these towns prove to be pretty unique. So when you’re done strolling through Budapest’s history, contact us via email, and we will be happy to arrange your day-tour or Budapest airport transfer to Balatonfüred and Tihany. Make the most of your visit to Hungary by adding such day-tours during your stay.